Getting Started With BitCoin

Bitcoin is the world’s leading digital currency and continues to grow as people learn about its breakthrough as a peer-to-peer digital payment system.

A Bitcoin wallet is an app or program that allows you send and receive bitcoin. Wallets also keep track of your bitcoin balance .
There are many different wallets across various platforms. While they all share certain basic functionality, features vary from one wallet to the other so it’s worth more to Choose a Bitcoin Wallet.
Step 2: Add Bitcoin to Your Wallet

Now that you have a wallet, you probably want to add some bitcoin to your balance. Have your Bitcoin wallet address ready and visit the buy Bitcoin page. Here, you will be able to easily purchase Bitcoin with a credit card. Another option is to choose a Bitcoin Exchange where you can quickly set up an account and buy bitcoins with funds from a bank account or credit card.

Keep your private key(s) private and never share with anyone. It is very important to backup your wallet’s private key and any other credentials for offline storage. Failing to backup could result in the loss of your Bitcoin holdings if you should ever lose the device on which the wallet is installed.
Step 3: Use a Bitcoin Wallet to Send and Receive Bitcoin

Receiving bitcoin is as easy as giving the sender your public address. Sending bitcoin requires a few more steps and since bitcoin transactions are irreversible, it is important to pay attention when sending. Overall, the process for sending bitcoin is actually quite easy:

What Is The Purposes of the Cryptocurrency?

A CryptoCurrency is a Digital Asset developed to function as a medium of exchange by using CryptoGraphy to make a secure transaction and to verify the transfer of Asset. CryptoCurrency is classified as a Subset of Digital Currency, Alternative Currency & Virtual Currency.


Bitcoin is the first CryptoCurrency launched in 2009. After that a lot numbers of CryptoCurrencies been released which are call Altcoin referring to Alternatives of Bitcoin. CryptoCurrency is decentralized system which is related to the Bitcoin's Blockchain transaction Database in the role of a distributed Ledger.
Bitcoin: This is the first ever peer-to-peer network, provides coins and trading platforms, it has its own Blockchain. The current market capacity, its price, its scalability, and popularity are hard to ignore.
Monero: This CryptoCurrencies privacy algorithm surpasses even bitcoin’s privacy. It has improved on scalability and decentralization through its CryptoNote Protocol.
NEO: NEO is known for its niche smart contract features. Smart Economy, Digital Assets Storage and Exchange Automation can be obtained through Neo’s smart contract. Apart from being a cryptocurrency And coming from China. It also secures digital identity anonymity and gains concurrence through the Delegated Byzantine Fault Tolerance.
Ethereum: The Pioneer of Platform-Oriented CryptoCurrencies. Ethereum does more to the system than almost all the others in the market. It’s Solidity program allows Exclusive smart contract programming, it's also a platform where Decentralized Apps are built and deployed. Many Leaders in the Blockchain space, including IBM have used Ethereum smart contracts and as a platform to build and deploy applications.

Litecoin: Charlie Lee, a former employee of Google, built this platform. It is the first to use Scrypt as a hashing algorithm. This is also bitcoin-based Blockchain. But it has some distinctive differences, Specially in the technical spaces from Bitcoin.
CryptoCurrency Is getting More popular everyday.
What is your though about CryptoCurrency? Let us know in the Comments section. 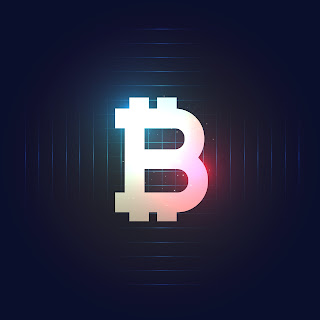